This post is a big concern for me personally! As far as I remember, I always liked especially the fat part of the food: rice and potatoes with butter, the fat from meat, cakes and porridge with cream and breads with butter, nut puree and so on. (But be careful, I’m not talking about factory fats, potato chips and milk chocolate!) I had actually heard and learned at the latest in medical school (in one of the two seminars on nutrition that we ever had) that too much fat was unhealthy and that we should consume as little as possible and if at all only vegetable fats. But somehow that theory didn’t agree with my gut. And it’s only now, many years later, that I’m reading more and more critical articles about mainstream dietary recommendations. Since the recommendation to cut back on fat in favor of carbohydrates, obesity rates have increased significantly in the US (1). There is also data to support that the risk of coronary heart disease increases when you eliminate saturated fat from your diet in favor of consuming more refined carbohydrates (1). So in this post, I want to explain to you why fats are important and take away the fear of saturated fats in particular. After all, they are simply part of a healthy, enjoyable life!

„Saturated“ refers to fatty acids that have only single bonds and no double bonds between their C (carbon) atoms. This means that they no longer have a free bonding site available to form a bond with further hydrogen atoms. In foods, the main saturated acids are lauric and myristic acids (found primarily in coconut and palm kernel oil) and palmitic and stearic acids (found primarily in eggs, meat, butter, cocoa). Overall, the proportion of saturated fats is highest in coconut! Animal products rank in the middle, and olive oil still has a small amount of saturated fats (about 14%). Due to their structure, they are mostly solid at room temperature, while unsaturated fats (e.g. olive oil) are liquid. Saturated fatty acids are not essential for humans, i.e. almost all our cells can produce them themselves from carbohydrates! However, they are mainly synthesized in the liver. However, these are only very small amounts of about 2-6g/d. The situation is different, however, when there is an excess of carbohydrates, then this value can increase enormously. This explains why we can get fat from too much carbohydrate in our diet, even if we eat a low-fat diet! Unsaturated fatty acids, on the other hand, have double bonds. They are divided into monounsaturated and polyunsaturated fatty acids. (2)(3)(4)(5)

What are the omega fatty acids all about?

Omega-3 and 6 fatty acids (linoleic acid) are polyunsaturated essential fatty acids that we must consume in our diet. Polyunsaturated fatty acids go rancid quickly and must not be heated! They serve as precursors of messenger substances and hormones. An optimal ratio of omega-6 to omega-3 fatty acid is <4:1. Too high a ratio can lead to a tendency to blood clotting, high blood pressure and inflammation, among other things, since omega-6 tends to promote inflammation while omega-3 reduces it. Important sources include flax oil, walnuts, fatty fish (6). On the other hand, one should limit the consumption of refined edible oils such as rapeseed, sunflower or corn germ oil, since one thereby accepts an unhealthy ratio. (7)

What is the lipid hypothesis?

The lipid hypothesis states that there is a relationship between blood cholesterol levels and the occurrence of coronary heart disease. Rudolf Virchow first described arteriosclerotic vascular changes in 1856. However, it was not until the mid-20th century that the American researcher Ancel Keys identified a link between blood cholesterol levels and the occurrence of myocardial infarction (in addition to elevated blood pressure and smoking) (8). This theory was taken up by the American nutritionist Nathan Pritikin, among others, who, however, at the same time demanded a rigorous reduction of calories in order to achieve a long, healthy life. However, most people found this diet very difficult to follow, and long-term data are still lacking (9). Furthermore, there is no clear evidence to date of a link between saturated fat consumption and the development of cardiovascular disease (10). Pritikin himself suffered from leukemia and eventually took his own life (11). 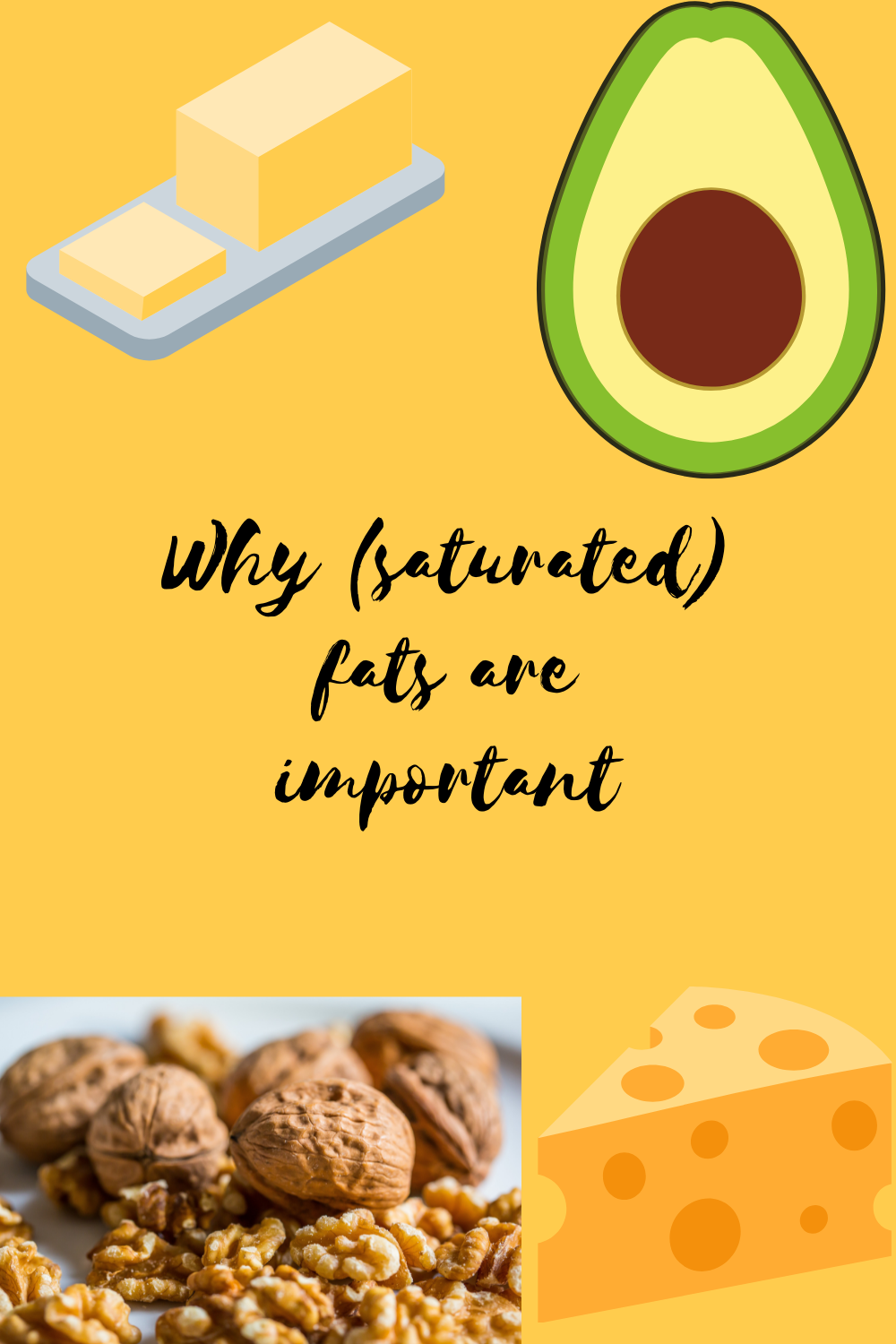 What are the functions of fatty acids ?

Fats serve as flavor carriers and make food taste better. As a result, we are satisfied and satiated more quickly. We eat less overall, and cravings for sweets are also reduced.

And what are trans fats?

Trans fats, also called hydrogenated fats, are the only fats that are entirely unhealthy. They are formed when highly chemical processes are used to convert polyunsaturated fatty acids, which are actually liquid, into solid fats; this is called hydrogenation. One example is the production of margarine (although I want to emphasize that there are certainly „gentler“ and less gentle forms!). Likewise, they can be formed when oils are highly heated that are not suitable for this purpose, such as linseed oil. (14) They have been linked to the development of diseases such as arteriosclerosis, diabetes mellitus, depression, and even Alzheimer’s disease (15,16).

So what do we conclude from this?

The main purpose of this article is to take away the fear of fats and to see them (apart from trans fats, of course) as a natural and important part of a healthy and enjoyable lifestyle. I would always recommend choosing the variants with natural fat content and then consuming less overall for that. So you can say – in moderation (good) fat is healthy and makes you happy. And if you do eat fried food, you should do so with great pleasure and without a guilty conscience – because excessive stress over a healthy diet is not healthy either!

I hope it was something new for you 😊