Seriously, Alina, another recipe for porridge? It’s true, there are plenty of oldschool porridge recipes and pictures out there. But most of them have one thing in common – they forget the important step of soaking! Others prepare the porridge in the microwave, even worse. Soaking takes no less than 20 seconds and then the porridge does its work by itself during the night. The next morning it can be prepared normally, so in 10 minutes you have a super healthy breakfast for everyday life on the table! Today I would like to show you how to prepare porridge in a very original way, so that it is easy to digest and very tasty.

Oatmeal contains B vitamins, zinc, magnesium, iron, calcium and very little gluten. They also score high in fibre, including beta-glucan, and some antioxidants. The beta-glucan has an anti-inflammatory effect and can lower cholesterol. Oatmeal can also have a positive effect on insulin resistance in type 2 diabetes mellitus due to the secondary plant substances it contains (1).

Why should you soak oatmeal?

As I already mentioned in my article on waffles, cereals, and thus also oats, contain so-called phytic acid. It is an antioxidant naturally found in plants, grains and nuts that stores phosphates and other minerals for seedling growth. In the body, however, it can form insoluble compounds with iron, zinc, calcium and magnesium, among others, and thus withdraw them from the body for utilisation (2, 3). It is therefore also called an „anti-nutrient“.

Long soaking and the addition of a little lemon juice improves the digestibility of wholemeal flour. This happens by activating the so-called phytase, which breaks down the phytic acid. The same applies to baking with sourdough or sprouting grain.

However, numerous positive properties are also attributed to it. It has anti-carcinogenic and positive effects on the biochemical processes in diabetes mellitus type 2, Alzheimer’s and Parkinson’s disease, reduces the calcification of vessels and also has anti-inflammatory properties in relation to chronic inflammatory gastrointestinal diseases (4). However, further studies are needed to conclusively assess the effects. In the meantime, a healthy balance with primarily soaked cereals is recommended. This does not apply to nuts, by the way!

Recipe for the best porridge 😊 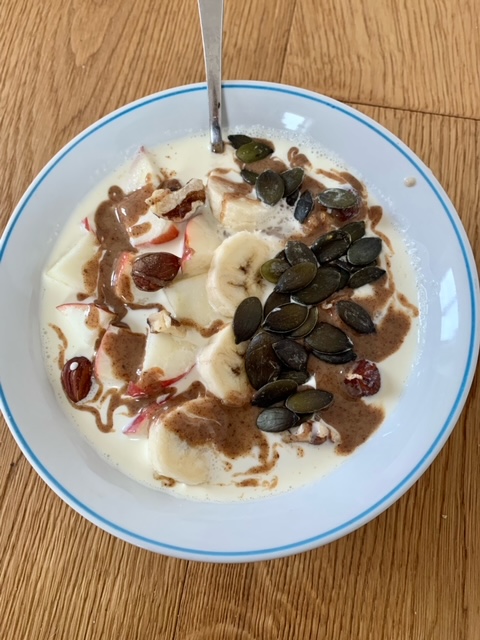 Put 2 cups of rolled oats (approx. 120g) in a bowl and add enough lukewarm water to cover them. Add a squeeze of lemon juice and stir well. Then leave the flakes to soak overnight. The next morning, simmer them in a little more water or milk and a pinch of salt for about 10 minutes, stirring regularly, until they have a creamy consistency.

To serve, place the porridge in a bowl, top with fresh fruit, cinnamon, nuts and a big dollop of fresh cream. Enjoy your meal!

Tips: if you prefer the porridge creamy, the tender oat flakes are the best choice. If it still needs a bit of bite, the crunchy ones are better. I like to flake or grind my own flakes, which gives me something in between. You can also grind the flakes a little finer with a powerful blender!

You can also prepare a larger amount right away and then just boil it up again briefly in the following days! 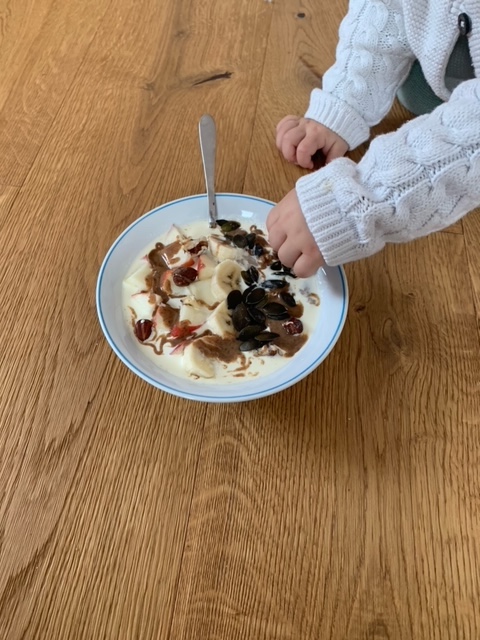 I hope that the best porridge (in my opinion) will also meet your taste and will land on your breakfast table more often in the future. Ideally, it will replace highly processed breakfast cereals over time.

Have a good rest of the week,